Converged infrastructure is a form of data center virtualization that combines several elements into a single platform, including computing, storage, and networking. The goal is to create a system that’s more flexible and easier to manage than traditional IT environments.

Converged infrastructure is a great way to cut costs and improve efficiency in your IT department. But what is it, exactly? And what are the benefits?

What is converged infrastructure?

Converged infrastructure solutions are preconfigured systems that include servers, storage, and networking. The idea is to create a single, easily managed platform for customers that allows them to get up and running faster than if they had to choose hardware components and assemble them themselves.

How does converged infrastructure work?

So what does converged infrastructure actually mean? Converged infrastructure is a term that refers to a single, integrated system in which all network components are housed together with the servers on an overarching storage platform. This can include server hardware, storage systems, networking devices, and management software working seamlessly. Converged infrastructure takes advantage of existing hardware by eliminating the need for separate suppliers for each component. You can use the same servers, storage devices, and networking equipment across your entire deployment – even if they aren’t all from one vendor.

Converged architecture also has advantages over traditional IT models when it comes to ease of use and flexibility. With converged infrastructure, you can easily scale up or down your deployment as needed, making it more cost-effective than constantly upgrading infrastructure components. And because the technology is interoperable, it’s easier and faster to deploy new applications.

The benefits of converged infrastructure include:

The lack of multiple vendors and devices means that you can buy equipment in bulk, leading to more significant savings on hardware and software.

Because you’re using fewer products and services from fewer companies, your IT team will be more efficient and effective at managing the overall system. This means that your business will have more time for other tasks like product development or marketing rather than spending hours fixing issues related to an inefficient infrastructure system.

IT administrators will be able to respond rapidly when issues arise because they don’t have to try several different vendors for each type of solution; instead, they can get things done quickly by leveraging one vendor’s capabilities across the board (e.g., networking). A faster response time also means less downtime in general since problems can be fixed faster than they would if there were multiple layers involved in getting things done.

A single-vendor system means fewer entry points for hackers to attack your data, making it more secure than a multi-vendor setup. This also makes it easier to track down any problems that arise because you have one team responsible for managing the entire infrastructure rather than having several different teams working independently.

CI is an approach to data center architecture that employs building blocks—or pre-designed components—to simplify the deployment of IT systems. The building blocks are provided by a vendor, meaning you don’t need to worry about storage choices or compute/networking capabilities—the vendors have done it for you. And because these are pre-built systems from a single vendor, there’s less room for customization than with HCI which uses commodity components such as servers or storage arrays from different vendors in its stack of modular units.

HCI, on the other hand, is software-defined and leverages commodity components. It’s important to note that although many converged infrastructure platforms use commodity hardware components internally, they may not always be visible externally as part of the management interface or APIs used by customers

Converged infrastructure combines server, storage, and networking components into a single solution. It is often considered a more efficient and cost-effective way of managing IT resources, as it reduces the number of physical devices needed in an organization. 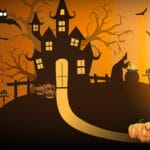 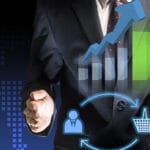 Don’t Miss it – Supercharge Your Sales 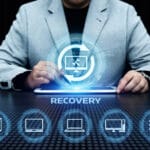